This is how we do it

We Pay Cash for Junk Cars

We are here to serve and help you sell your car for the best price possible. We will buy any car, truck, SUV, minivan - Running or Not - within Wayne, Oakland, Monroe, Washtenaw, and Macomb Counties.
TK Cash For Junk Cars offers guaranteed and competitive rates. Our process is fast and easy. All you have to do is provide us with some details about your vehicle. If you like our offer, we will schedule a free pick-up following your best timing, and we will pay you cash on the spot.
ALL CARS MUST HAVE TITLE - We accept old registrations even if your original registration is expired.
Sell your car today at 313-910-1646 or request a Free Quote! 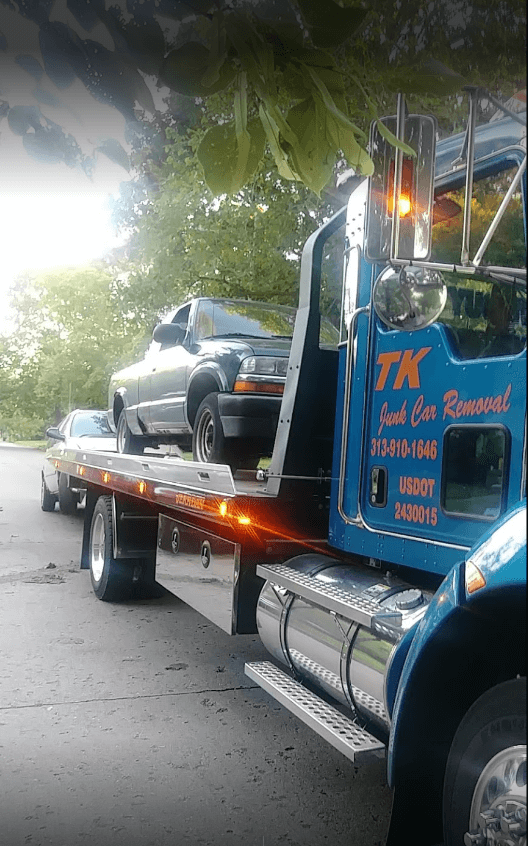 Many salvage yards operate on a local level—when an automobile is severely damaged, has malfunctioned beyond repair, or not worth the repair, the owner may sell it to a junkyard; in some cases—as when the car has become disabled in a place where derelict cars are not allowed to be left—the car owner will pay the wrecker to haul the car away. Salvage yards also buy most of the wrecked, derelict and abandoned vehicles that are sold at auction from police impound storage lots, and often buy vehicles from insurance tow yards as well. The salvage yard will usually tow the vehicle from the location of its purchase to the yard, but occasionally vehicles are driven in. At the salvage yard the automobiles are typically arranged in rows, often stacked on top of one another. Some yards keep inventories in their offices, as to the usable parts in each car, as well as the car's location in the yard. Many yards have computerized inventory systems. About 75% of any given vehicle can be recycled and used for other goods.

In recent years it is becoming increasingly common to use satellite part finder services to contact multiple salvage yards from a single source. In the 20th century these were call centres that charged a premium rate for calls and compiled a facsimile that was sent to various salvage yards so they could respond directly if the part was in stock. Many of these are now Web-based with requests for parts being e-mailed instantly.

A "you pull it" junkyard in the United States Loading a barge in New York Often parts for which there is high demand are removed from cars and brought to the salvage yard's warehouse. Then a customer who asks for a specific part can obtain it immediately, without having to wait for the salvage yard employees to remove that part. Some salvage yards expect customers to remove the part themselves (known as "self-service yards"), or allow this at a substantially reduced price compared to having the junkyard's staff remove it. This style of yard is often referred to as a "You Pull It" yard.

However, it is more common for a customer to call in and inquire whether the specific item they need is available. If the yard has the requested item, the customer is usually instructed to leave a deposit and to come to pick up the part at a later time. The part is usually installed by the customer or agent ("the customer's mechanic"); however, some salvage yards also provide installation services.

The parts usually dismantled from automobiles are generally any that can be resold such as the light assemblies (commonly known as just "lights", e.g. headlights, blinkers, taillights), seats, parts of the exhaust system, mirrors, hubcaps etc. Late model vehicles will often have entire halves or portions of the body removed and stored on shelves as inventory. Other major parts such as the engine and transmission are often removed and sold, usually to auto-parts companies that will rebuild the part and resell it with a warranty, or will sell the components as-is in used condition, either with or without warranty. Other, usually very large, junkyards will rebuild and sell such parts themselves. Unbroken windshields and windows may also be removed intact and resold to car owners needing replacements. Some salvage yards will sell damaged or wrecked but repairable vehicles to amateur car builders, or older vehicles to collectors, who will restore ("rebuild") the car for their own use or entertainment, or sometimes for resale. These people are known as "rebuilders".

From Our Gallery Serving Our Customers 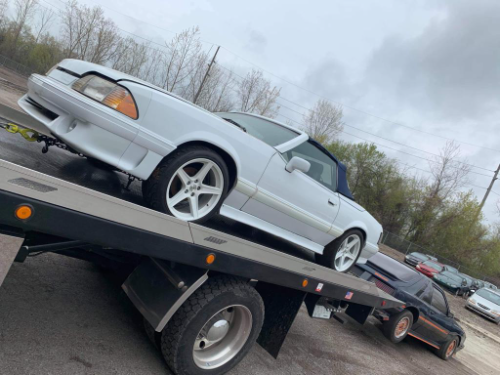 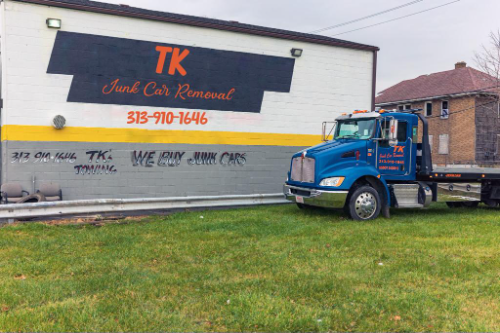 We will give you cash today for your junk car or scrap car.